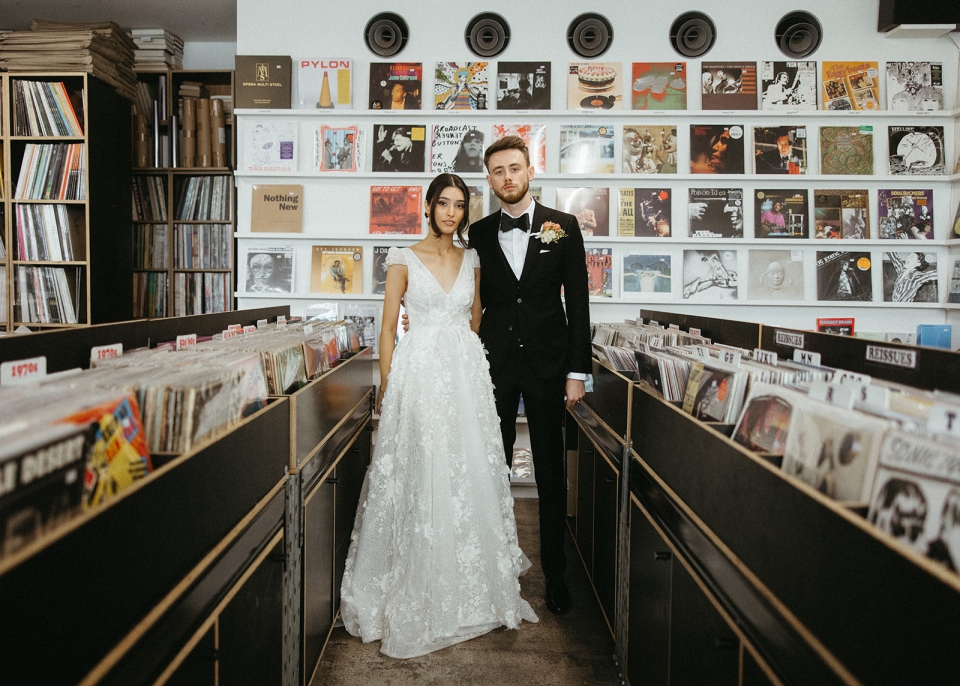 We attended the same school our entire lives and had a lot of mutual friends though we never officially met. I sang on stage at the school musical in Year 11 and Zac came backstage at intermission to introduce himself.

He hugged me while saying "well done" three times within the space of ten minutes, so I got the hint that he was trying to be a little more than just a friend! 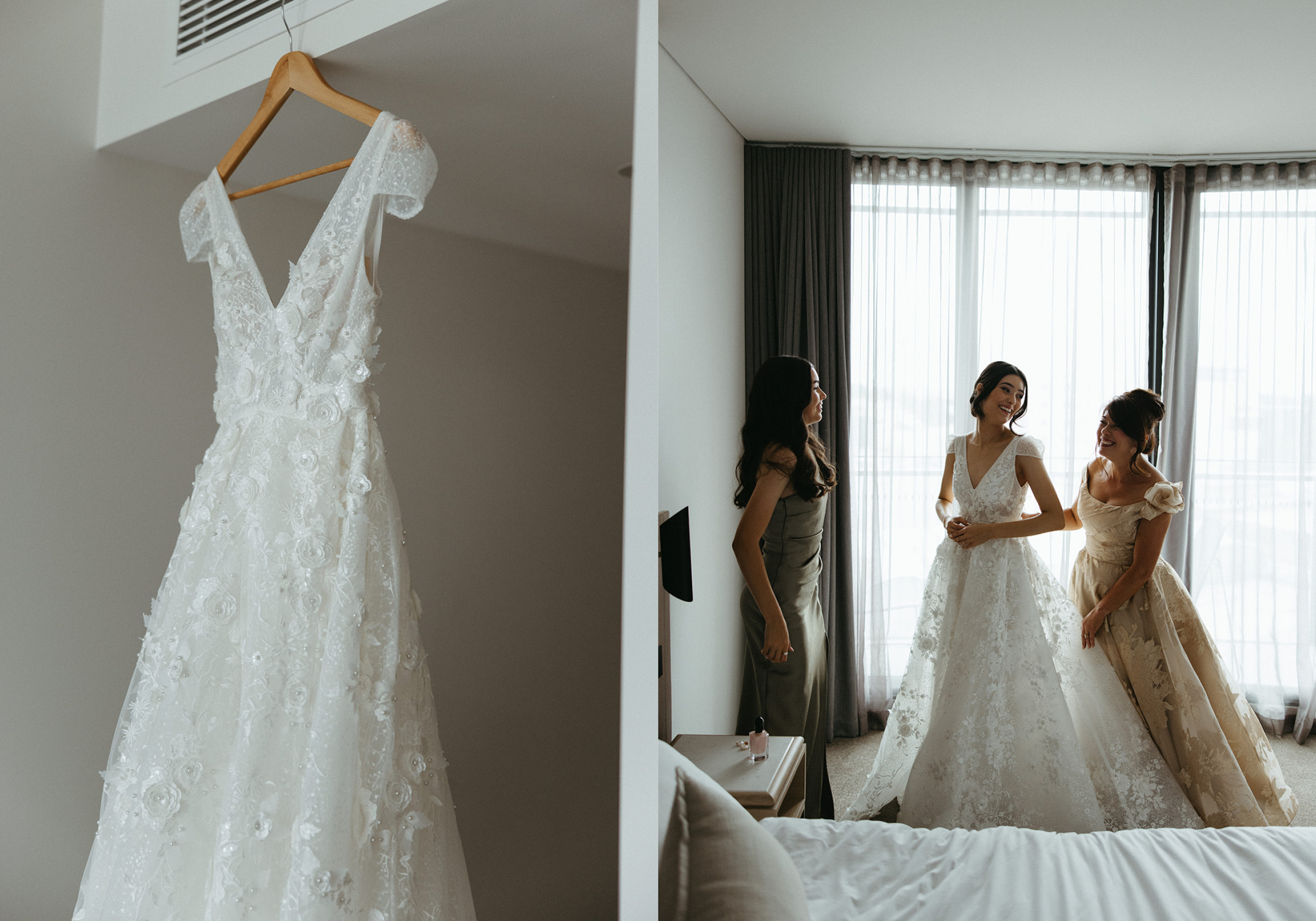 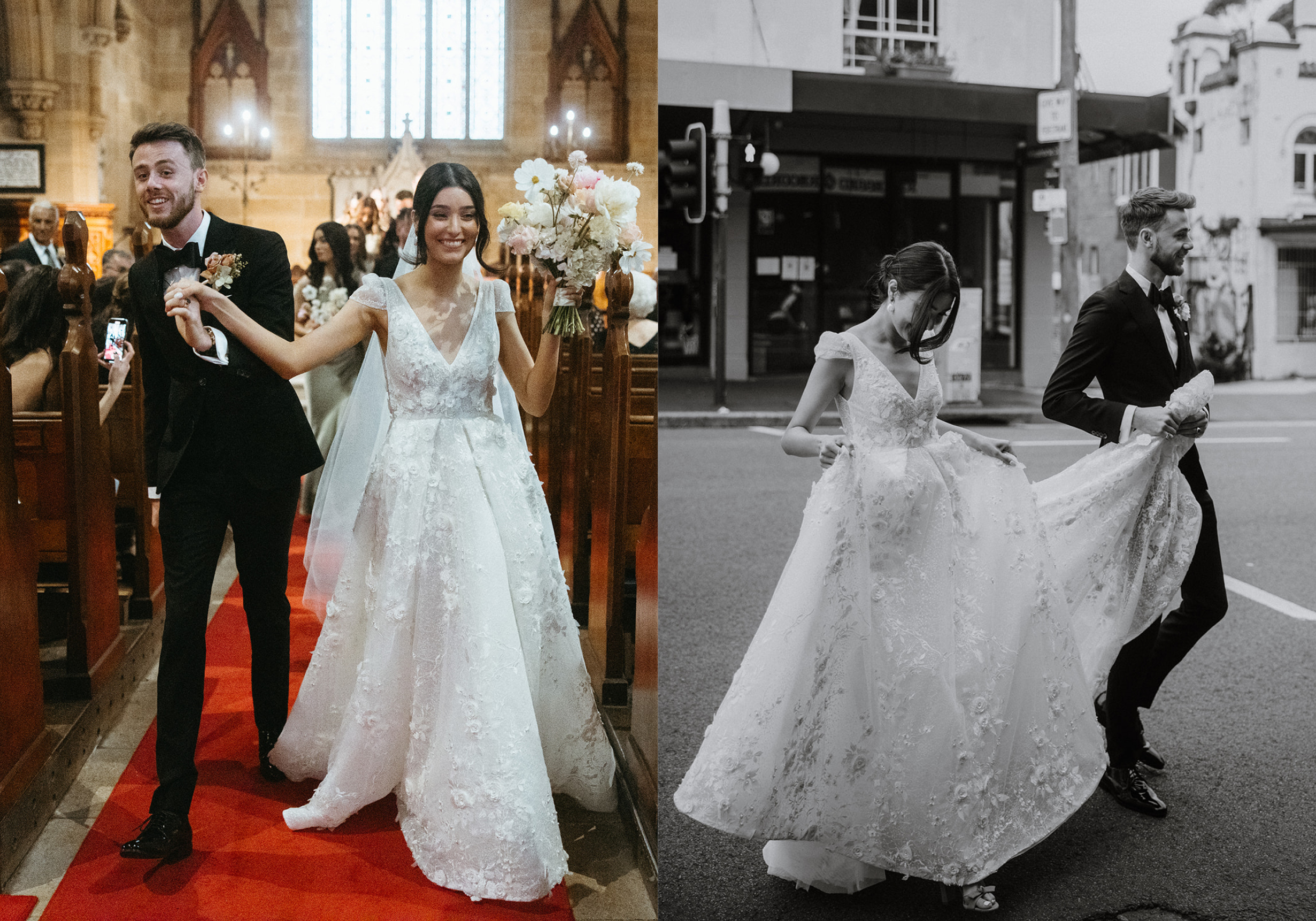 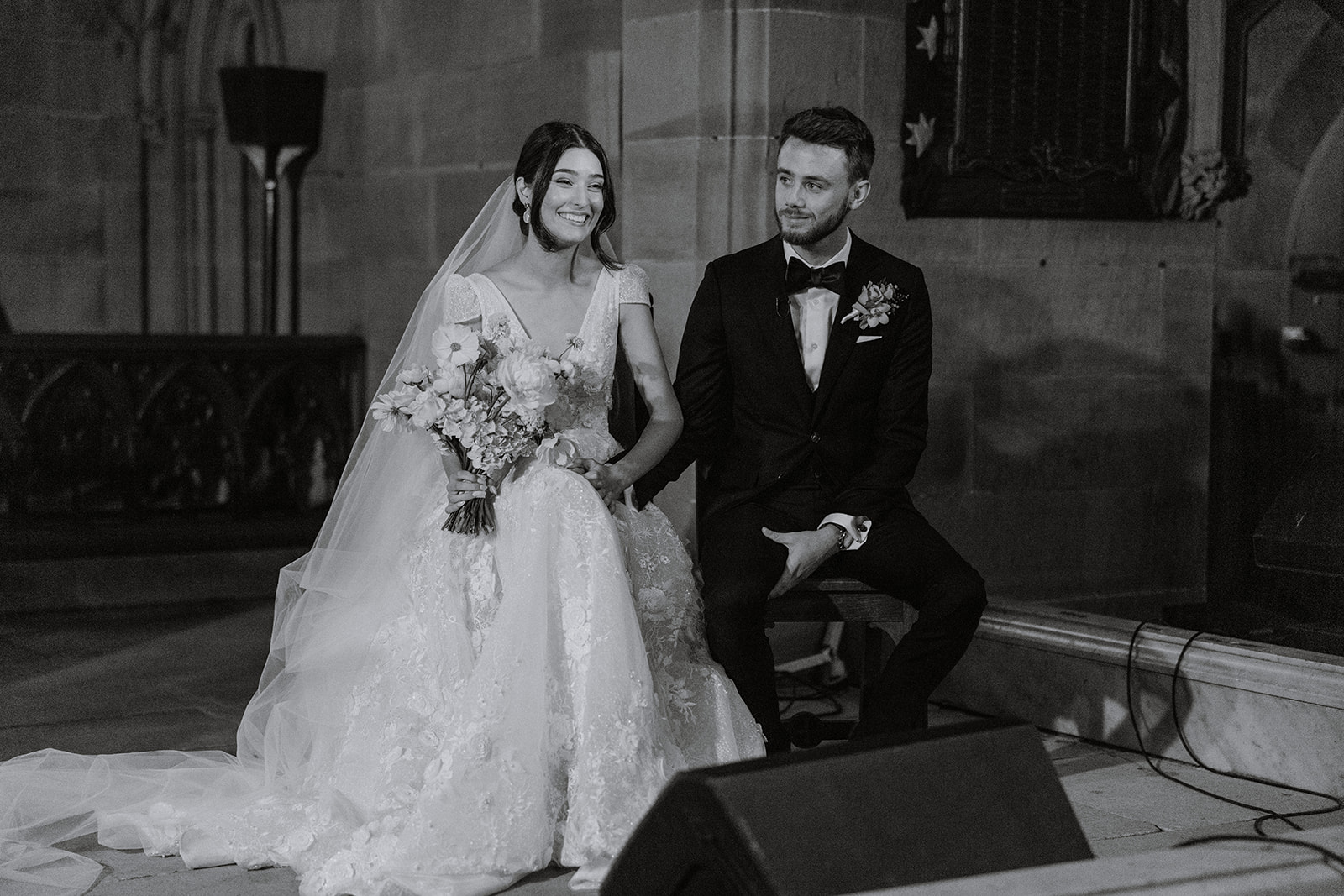 He took me to see a theatre venue under the guise that we were looking at holding a concert for my students there. We walked into one of the rooms where the lights were off. He then directed me toward the stage and pulled me up onto it. As soon as I'm onstage, music started playing, the stage lights turned on, and before I knew it, a ring in a box appeared in front of me.

He got on one knee saying "Will you marry me?" to which I replied, "Obviously!" and cried. 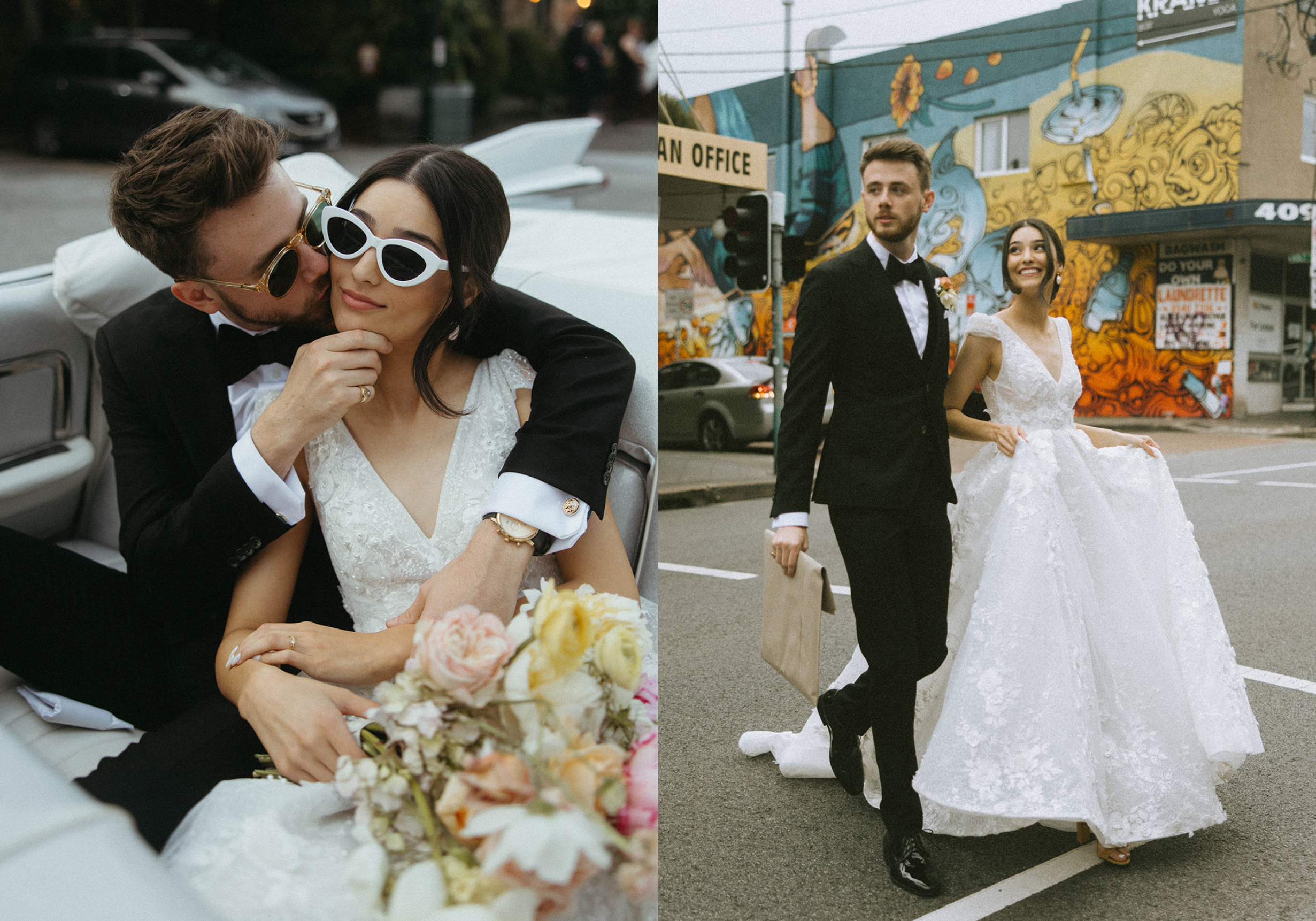 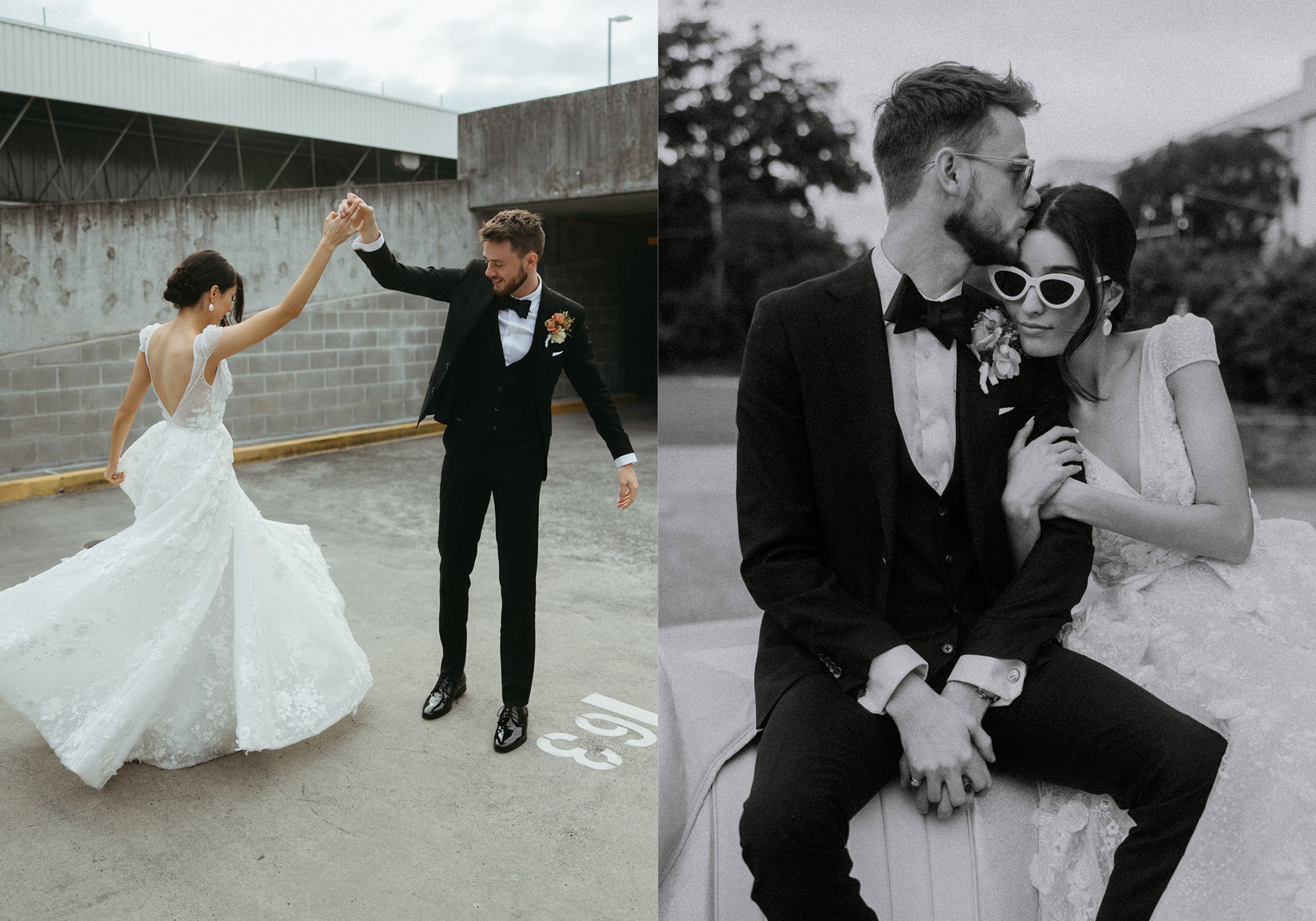 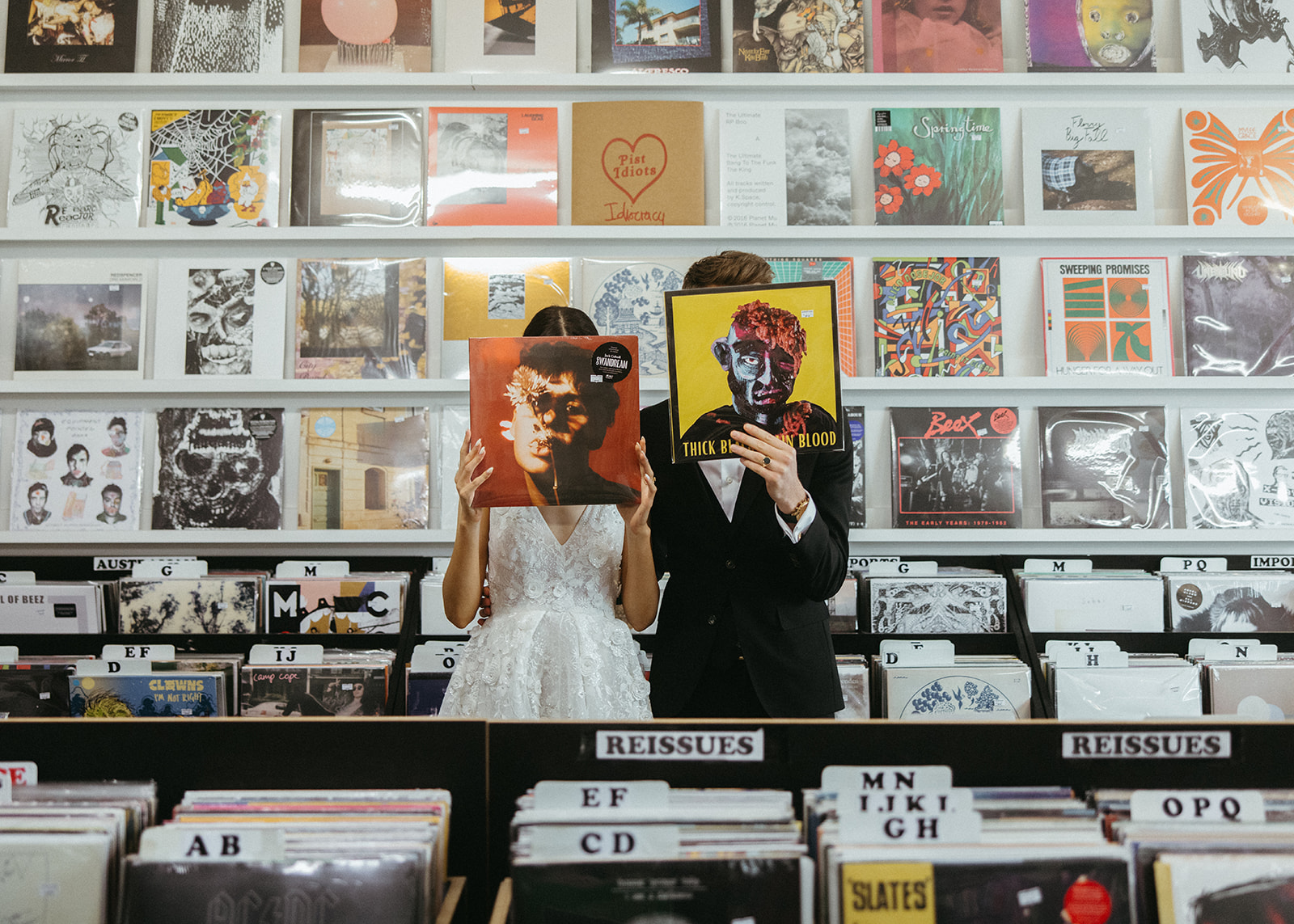 The lead up to the wedding day was a nightmare with lockdowns shifting our plans four times, but the day we had, in the end, was every bit worth the wait.

Our ceremony was held at St Stephen's Anglican Church in Newtown. We then headed off with our photographer Josh to Repressed Records, a record store that was right around the corner in Newtown. Music has always been an important part of our lives both individually and as a couple, so picking vinyls for each other was the perfect way to commemorate our special day. We slow-danced to an obscure rock song and it was great.

The next stop was Bar Italia, a family favourite gelato shop in Leichhardt which sells the best gelato in Sydney, indisputably. We met our bridal party there, bought fourteen ice-cream cones, and walked across to a park to take some more photos before jumping into Cadillacs to the Grounds of Alexandria where we held our reception.

When we arrived, the boys skated around on the boards they had loaded into the boot and the girls attempted to do the same (with little success). We danced our way into the reception, didn't eat much despite the food being incredible, danced some more, and then cried and laughed through the speeches.

We sang together instead of a first dance, stole moments to read each other letters, and let all the emotions of the day get the better of us.

It was a truly incredible night, but the best part was getting in the car when it was over, being married. 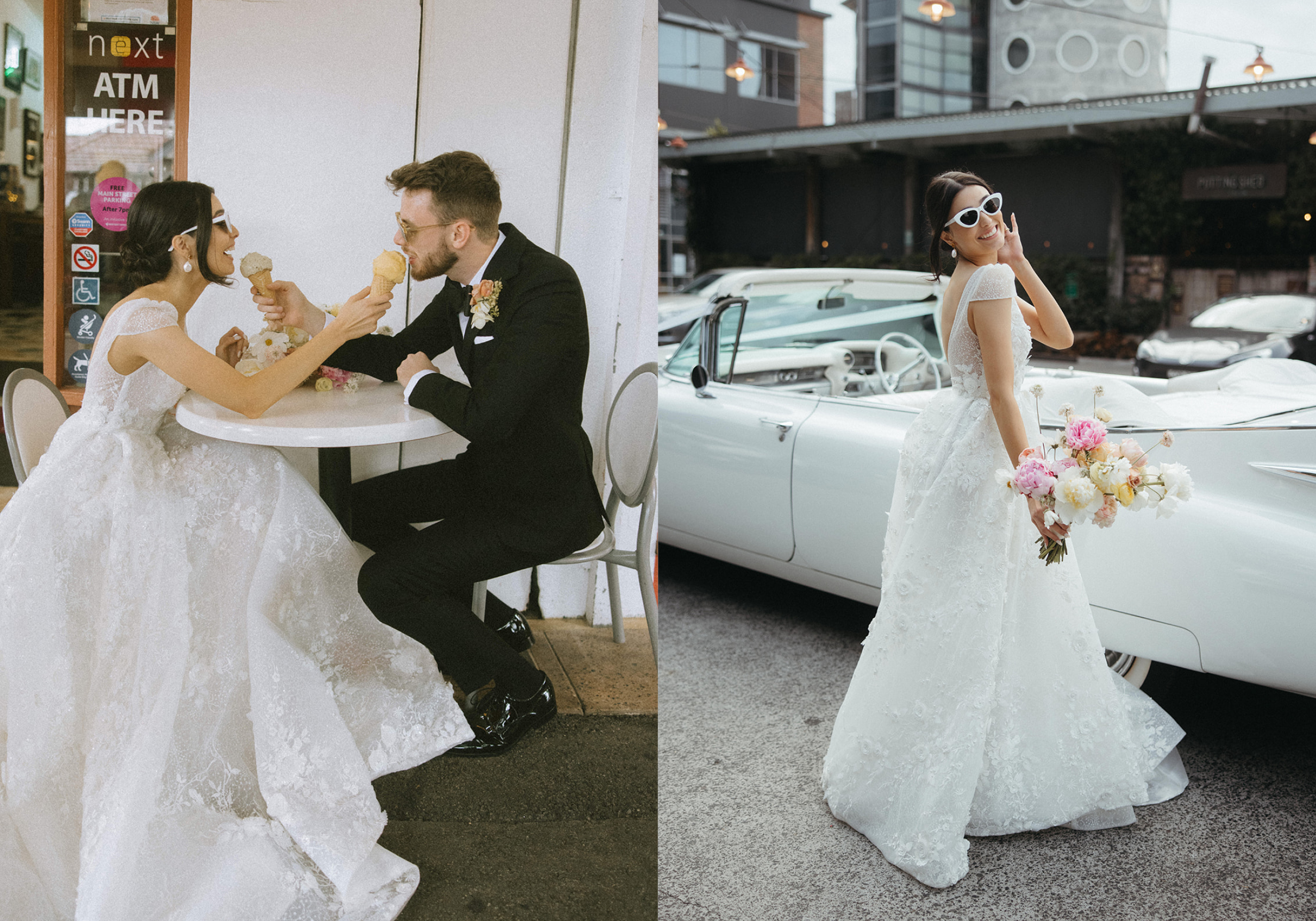 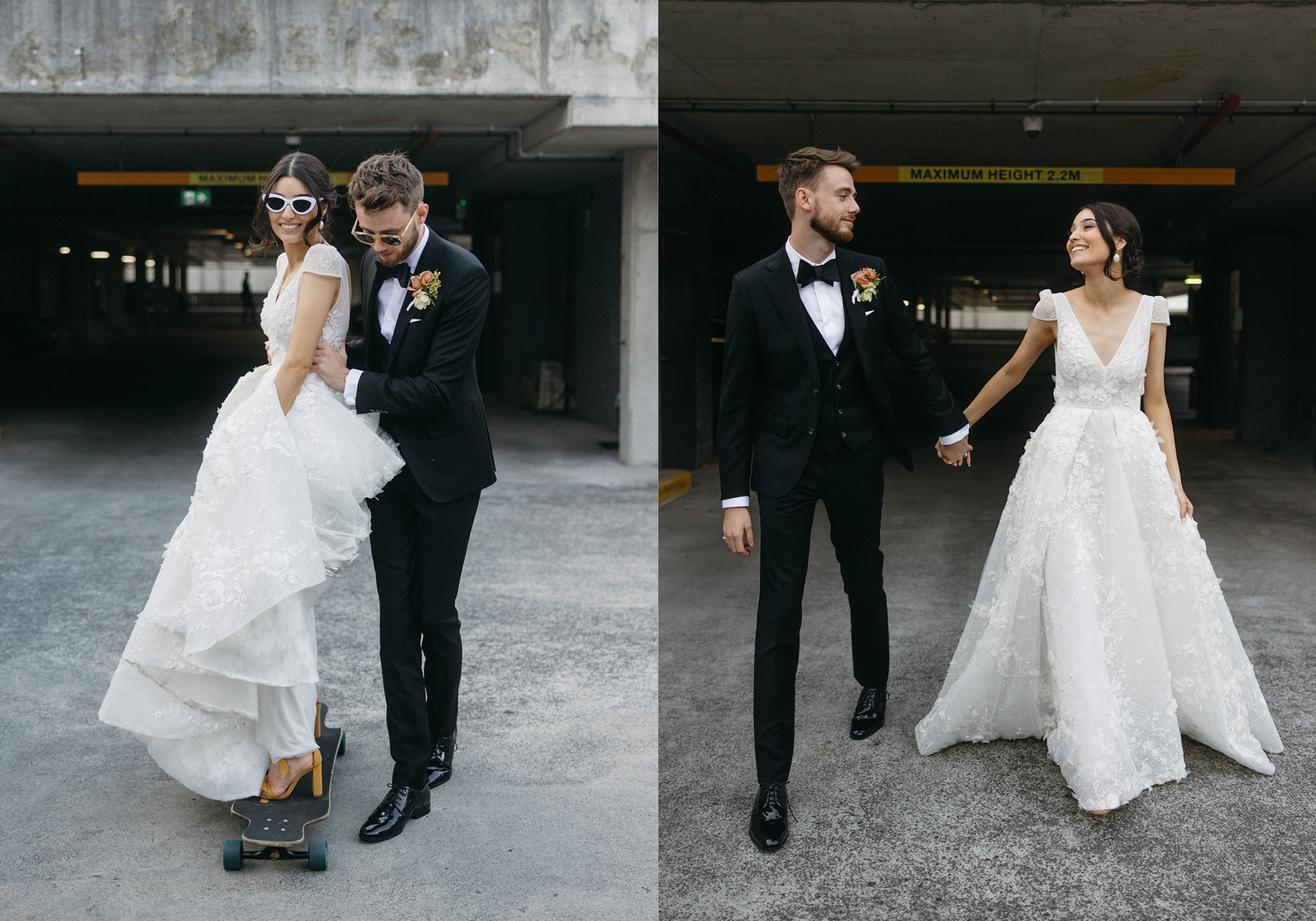 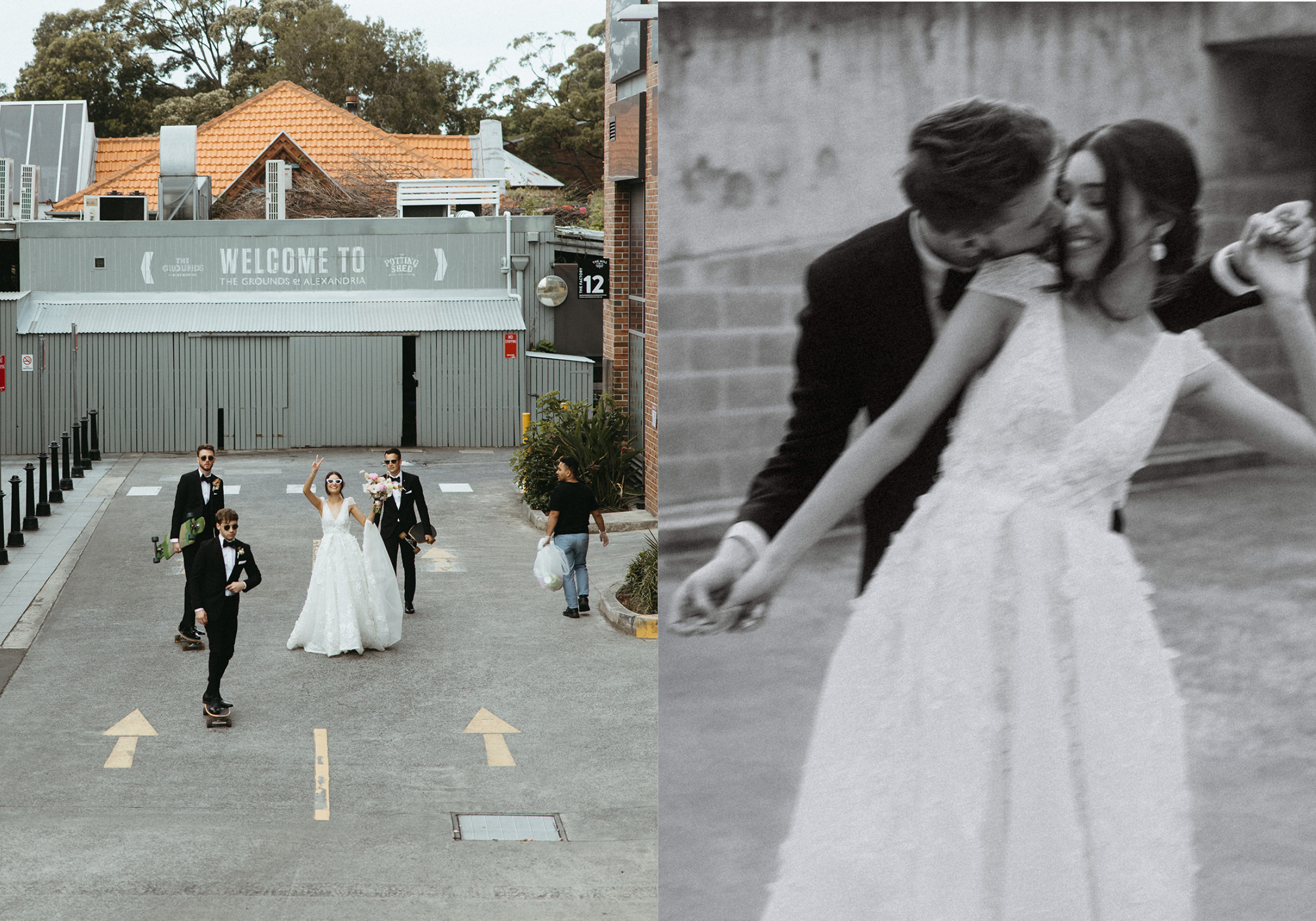 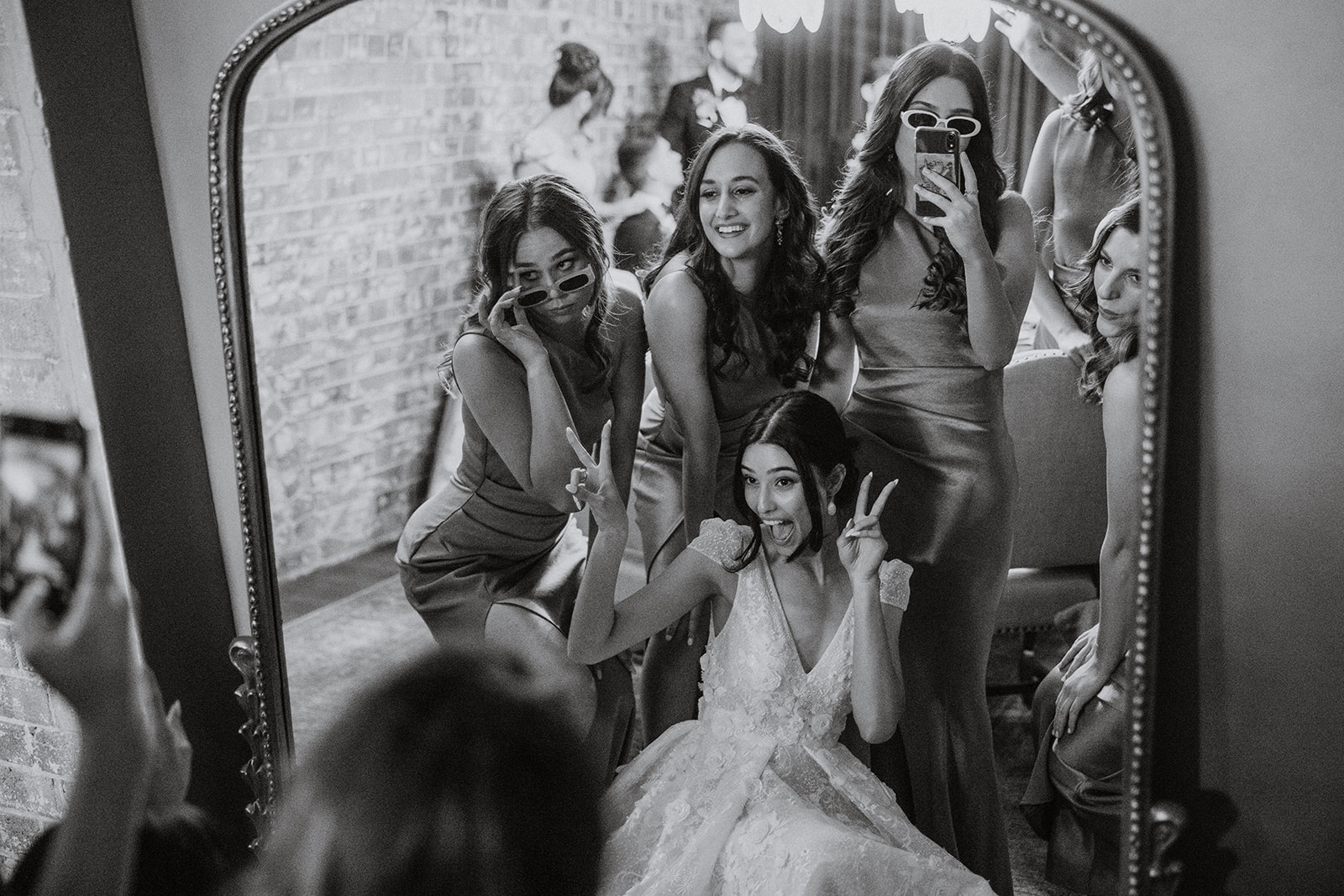 THE OUTFIT AND ACCESSORIES

The Darling dress from Chérie By Oui was the first wedding dress that caught my eye. It was the first dress I tried on, and the one I bought, no matter how much my mum tried to warn me not to pick the first dress I tried on. I knew I wanted a princess dress but with a point of difference. Never in my wildest dreams would I have thought I'd pick a V-neck dress, but as soon as I tried it on there was no other gown for me.

Yellow has always been my favourite colour so yellow shoes and statement earrings with yellow stones were a must for me.

I've worn the shoes and earrings a number of times since the wedding, the dress not so much. One day I'll find a way to wear it again. It's too beautiful for the cupboard! 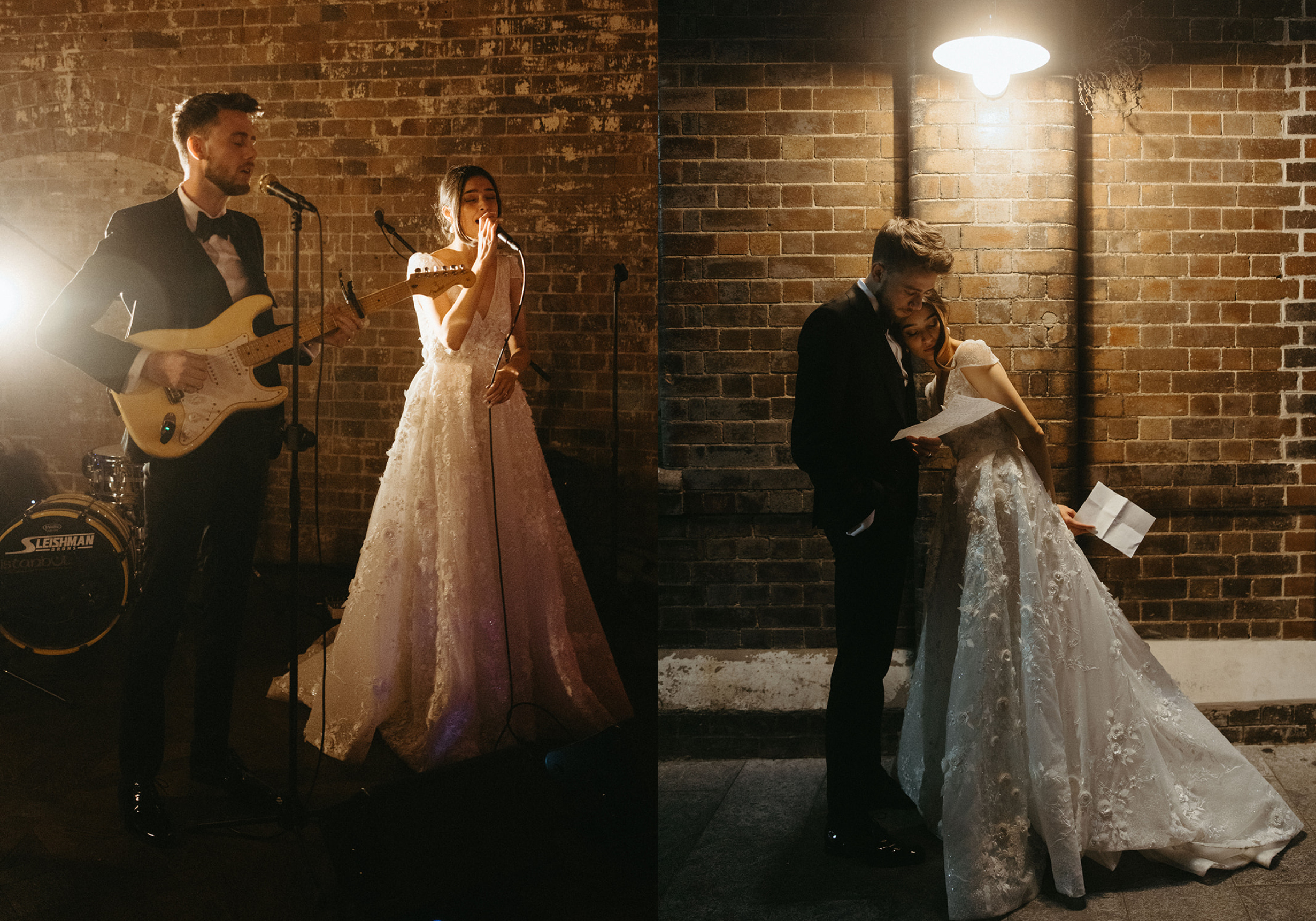 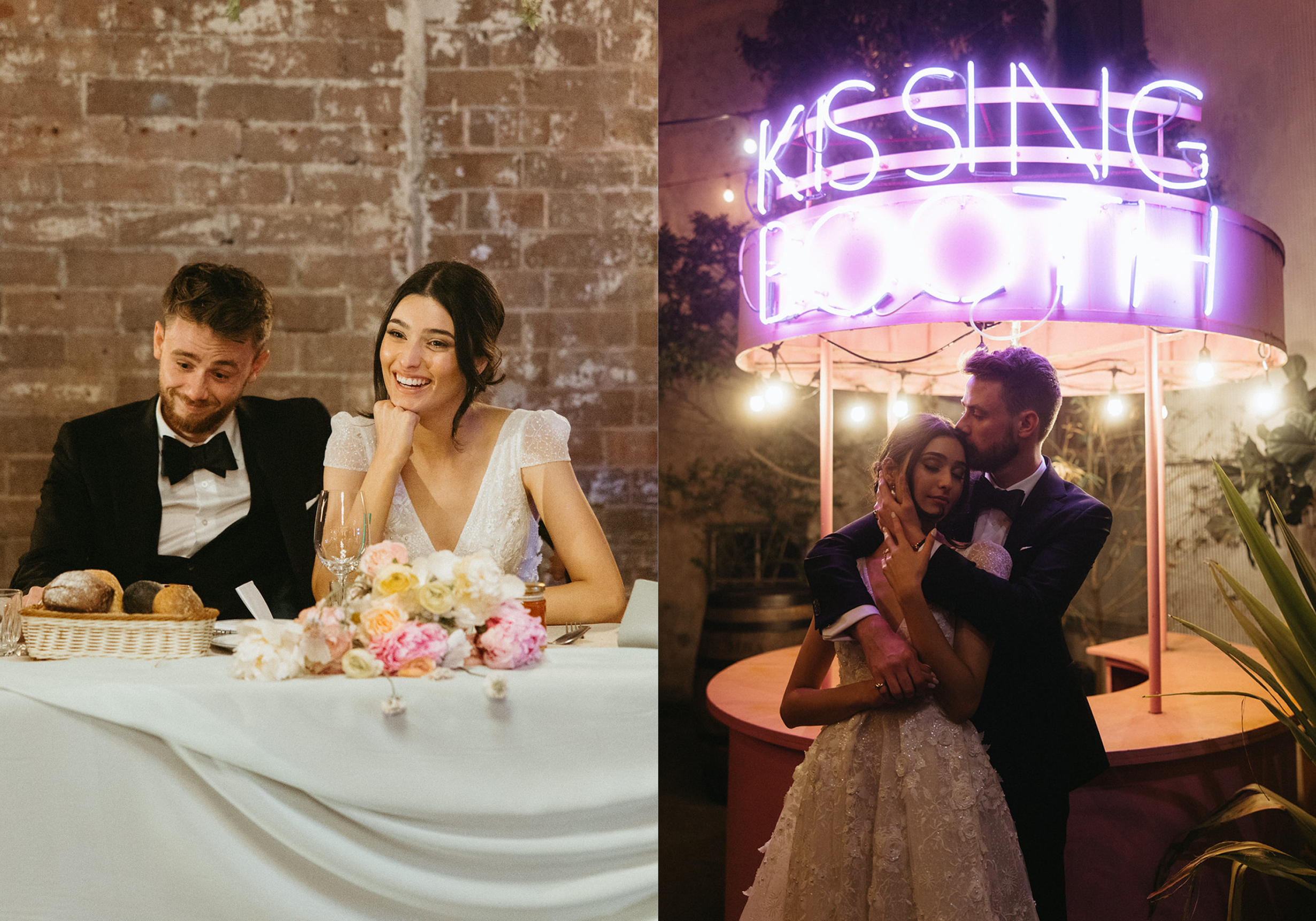 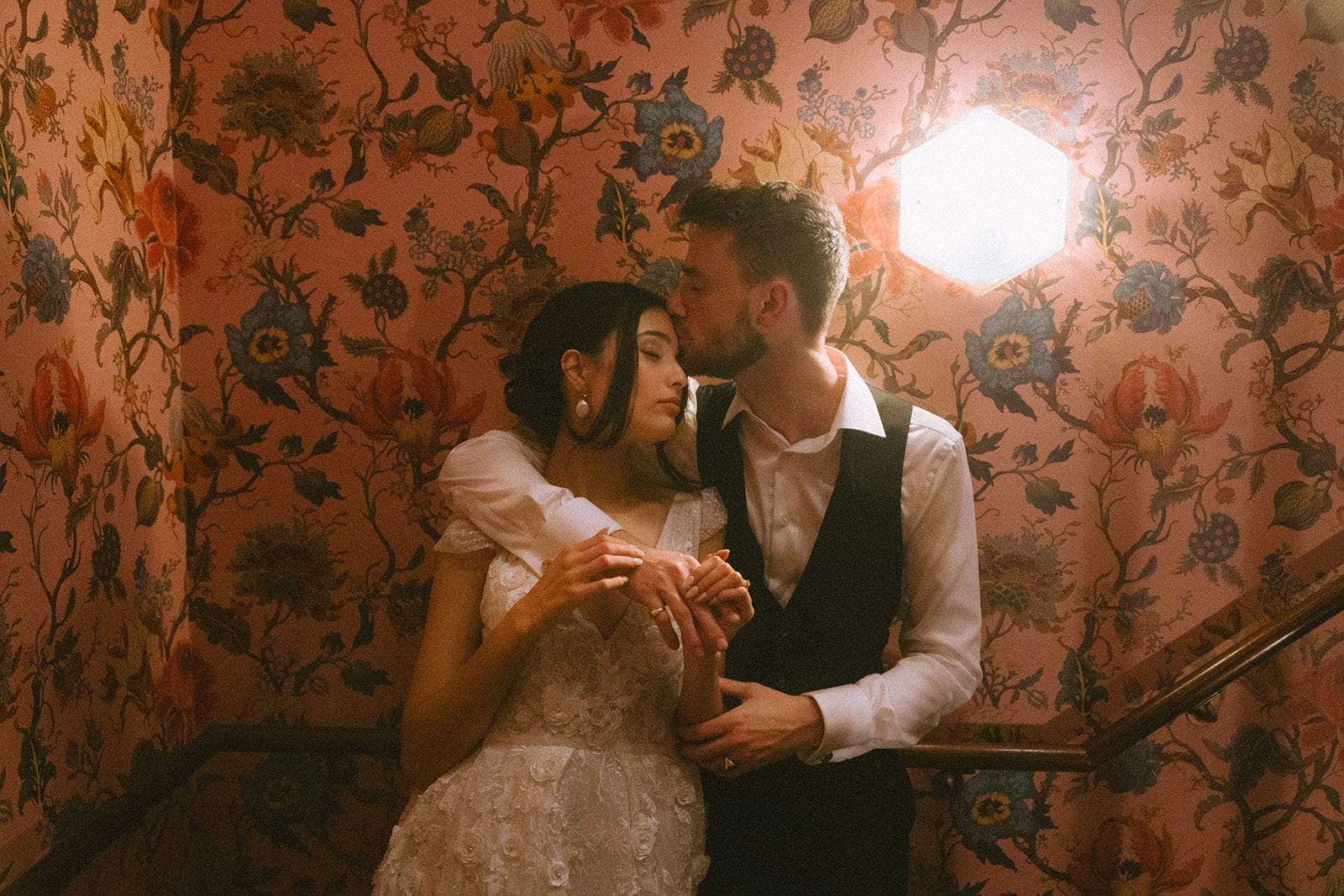